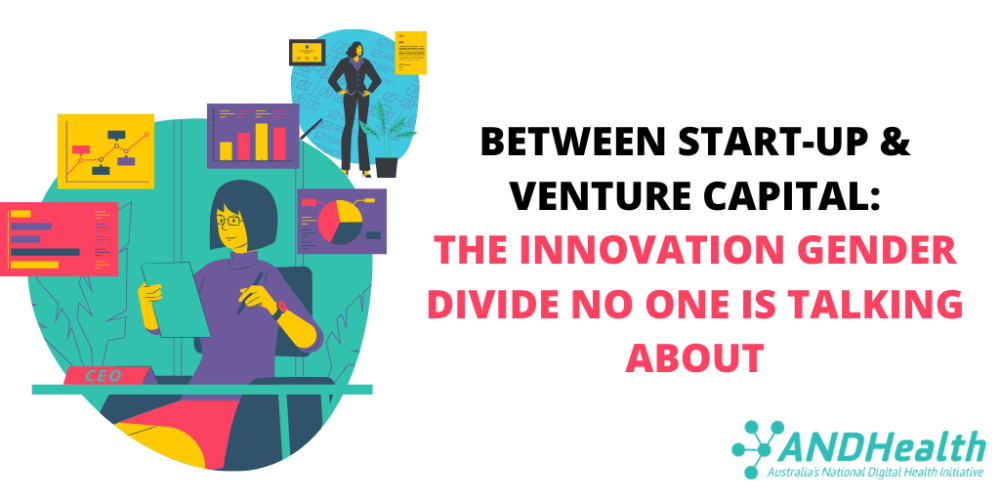 In a discussion paper, published ahead of International Women’s Day 2020, ANDHealth expressed its support for Commonwealth Government programs such as the Boosting Female Founders Initiative, which will fund female-founded start-ups from June.

However, there has been no scrutiny of the support system for female-led companies in the crucial 3-5-year timeframe between start-up and venture capital raising stages. In this period, programs offering innovation funding and support are critically important resources for companies, but ANDHealth’s research found that this ecosystem features significant gender imbalance.

The research reviewed more than 90 Australian accelerators operating across Australia in multiple sectors, 50 of which provided public information on their founders, boards and management teams.

Gender disparity is also prevalent in other successful and vital government innovation programs:

• Only 5 of the 20 Accelerating Commercialisation advisors are women (25%)
• Of the 148 Accelerating Commercialisation grants awarded in the last two years, just 29 went to female-founded or co-founded companies (19.6%)
• The Entrepreneurs Program, which utilises a network of advisors to help companies accessexpert advice, funding and incentives, has just 25 female advisors out of a total of 137(18.25%)
• The Incubator Support initiative, which funds incubators to support Australian start-ups with an international focus, has awarded just 13 grants out of a total of 39 to female-led or co-managed organisations (33%)
‍

“On International Women’s Day, ANDHealth issues a call to action for all government agencies to move towards gender equity in the way they deliver their public funding programs for innovation,” said ANDHealth founder and CEO Bronwyn Le Grice.
‍

“An increasing body of evidence demonstrates the benefits of diversity to the economy overall. Australia has made good progress in improving gender diversity, and I applaud the Boosting Female Founders Initiative,” Ms Le Grice said. “Now we have to achieve gender equity throughout the innovation ecosystem. Governments have multiple levers with which they can generate immediate and lasting change, unleashing the full positive impact of our women entrepreneurs on the Australian economy.”
‍

ANDHealth’s discussion paper recommends that the 50% target of women holding leadership positions across Commonwealth Government departments should also be applied to the network of Entrepreneurs Program and Accelerating Commercialisation advisors, and that similar standards be adopted by the States and Territories.
‍

Within the many State and Federal programs, requirements should include:
‍

“If we acknowledge that diversity has a positive impact on returns to shareholders, then it stands to reason that our innovation support programs should actively encourage female participation,” said Ms Le Grice. “If our objective is to support high-performing, high-potential companies, then diversity must be a key criterion for funding eligibility.”

“If we acknowledge that diversity has a positive impact on returns to shareholders, then it stands toreason that our innovation support programs should actively encourage female participation”

Stay up to date on news, programs and events
Thank you! Your submission has been received!
Oops! Something went wrong while submitting the form.